Last month, Matt and I were blessed to be able to attend an annual SfC (Students for Christ) conference in Germany called Connect. Before I write anything else, let me just say that our lives were changed. I have been to two other types of conferences before (Clarity and SALT) and neither one had that much impact on my life. The conference is aptly named Connect because that’s all I did: I connected with God and I connected with people.

On our way to Germany!

Let me start with how I connected with people. Now normally I am rather introverted around new people, especially in large group gatherings when I don’t have any close friends nearby. Before we even packed for Connect, though, I had started praying for God to help me really meet and get to know people. I did not want to spend any time hiding out in my room or only staying around the group I came with, and God radically answered my prayers because at every meal, in every workshop and meeting, and in-between every service, I sat with, talked with, played sports with, and generally spent time with people I had never met before arriving in Germany. And it was INCREDIBLE. I made some sincere relationships with missionaries and students from all across Europe and I am already looking forward to meeting up with them again next summer!

A FEW of us getting excited about playing Ultimate Frisbee (there were at least 20 other people playing with us as well)!

Connecting with God was obviously something I was expecting to experience, yet I was surprised at how HE continued to connect with ME after leaving the conference (I’m still amazed at how surprising God can be–He’s ALWAYS doing the unexpected in my life). The biggest “take home” I got from Connect was the desire to be a prayer warrior. This wasn’t even a desire I realized had been developing in my heart until after I was almost home, yet when I think back on all the different services, I see a common theme of prayer emerging.

The last morning worship was led by the children’s ministry!

One speaker really touched my heart as he shared his passion for ministering to peoples in Afghanistan, and how it is essential for a ministry to have a prayer network. Before listening to him speak, I knew nothing about Afghanistan, besides the media-induced stereotypes that had influenced me to dislike it. Now, I know in what areas to be praying for Afghanistan, its peoples, and it’s missionaries…but more than that, I now have a desire to pray for those things. 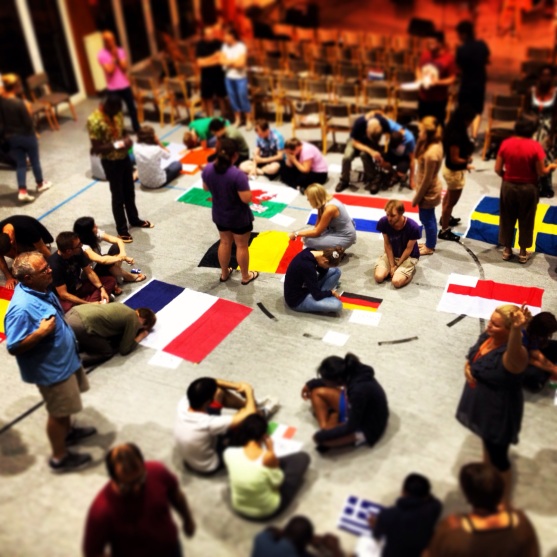 Prayer for the Nations

One night was spent praying for the nations, and I experienced something I still don’t understand. There were flags from every country represented at the conference spread across the meeting room floor: flags from Europe, Asia, Africa, the Americas. We were encouraged to first pray for the countries we were currently living in, and so I began praying for France but all along I had this desire to go pray for the U.S. When I finally walked over to my country’s flag, I was overcome with intense emotion and I began weeping before I could even sit down. I still don’t understand why, but I experienced the same emotions with a few other countries as well. 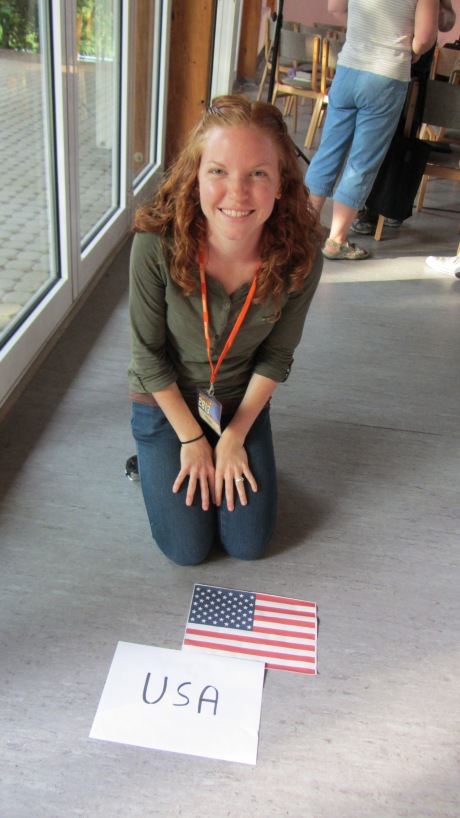 On the last day we broke off into our individual countries and talked about our personal experiences with God and with others during the conference, and then we discussed our plans for the coming school year. One thing I was really excited about is a potential SfC France retreat, when the different SfC groups across France will get together–we have groups in Paris, Grenoble, Toulouse, and Marseille.

The French teams–with a few absent. 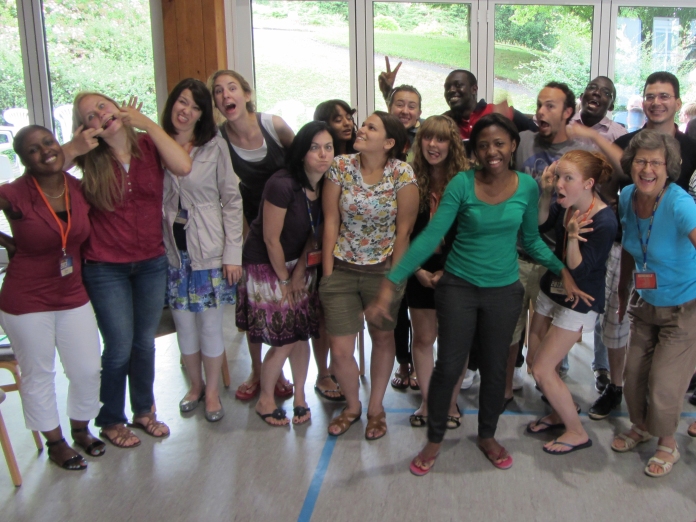 Overall I am extremely grateful to have attended Connect. It was incredibly hard for me to say goodbye to all the friends we had made during our week and a half there, but as I said before, God has continued to speak to me about my trip. He has influenced me to pray fervently for all the students and missionaries I connected with, and I have decided to make a prayer map to encourage me to “pray without ceasing” (1 Thessalonians 5:17).

Our American friend (currently living in Germany) Taylor whom we hit it off with the very first night at Connect!

Our Spanish friend Carolina! We laughed so much with her! 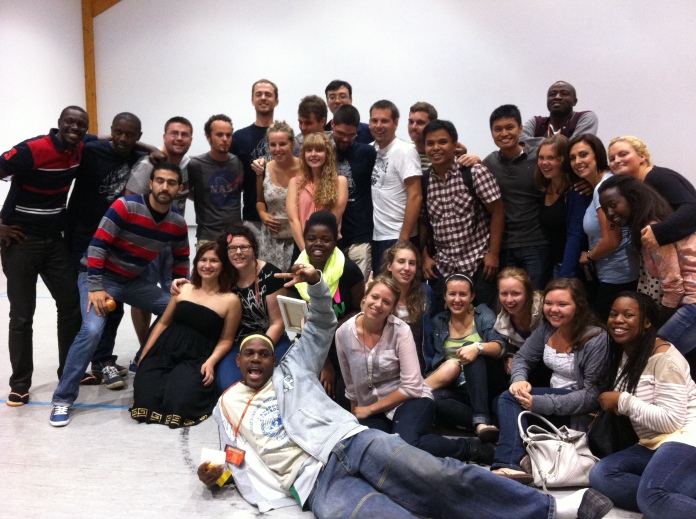 A large group shot of most of the students on the last night.

2 thoughts on “Greater Things Are Yet To Come: Connect 2013”