Happy New Year!! I know this post is a few days behind schedule, but I was taking advantage of some vacation time to relax and not worry about blog posts. Instead I was catching up on some reading :)

December was a pretty stressful month, actually, and I think a lot of that had to do with my reading goals for 2014. I’m a predictable procrastinator, and I pushed myself to read some bigger books near the end of the year because I didn’t feel like reading them months ago (I’m also a mood reader). BUT,  I was actually pretty satisfied with how I finished the year.

I read 9 books in December

That doesn’t seem like a whole lot, but 3 of those books were Classics, one of which was in French! 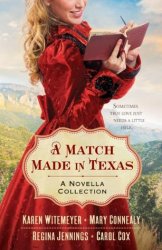 My post about my and my husband’s 3rd Wedding Anniversary received the most hits last month :)

What I’m Looking Forward to in January…

What were some of your highlights from December? Any big wishes for January that you’d like to share? I’d love to know!