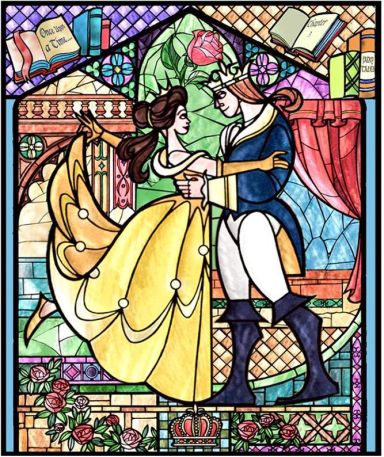 My husband and I are huge Disney fans, and Disney has always been a major theme in our relationship: the first time we said “I love you” was at Disney World (where we also had our honeymoon), last year we celebrated our first anniversary at Disneyland Paris, and for one of our first dates Matt took me to see Beauty and the Beast the musical.

Beauty and the Beast is special for us, and we both fell in love with the film years before even meeting each other. When I was in 9th or 10th grade I finally came to embrace Disney love stories (before that I wasn’t a fan of sappy romances, and my favorite movie had been The Jungle Book because it was “all about friendship”), and I remember watching Beauty and the Beast at least once a night for weeks (I am not exaggerating) and I really came to identify with Belle.  Matt had always loved Belle, and when he was younger he even vowed that he would marry her one day… *awwww*

So last week, when we finally arrived at Beauty and the Beast in our Disney marathon (since we got married we have been watching all of the full-length animated Disney movies. Currently there are 52, with #53 Frozen coming out next month), we decided to make it into a date night. Ever since the Be Our Guest Restaurant opened at Disney World, we have been really wanting to visit, and since we haven’t been able to do that yet, we decided to bring the magic to our home by having a themed dinner and movie night à la Belle et la Bête.

I made a three course meal, with the appetizer, main course, and dessert all coming from the Be Our Guest Restaurant menu: 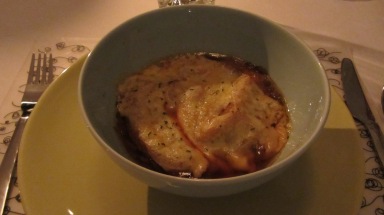 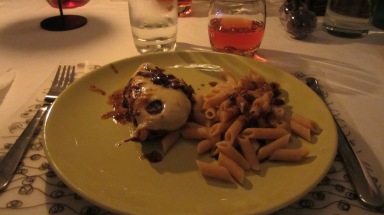 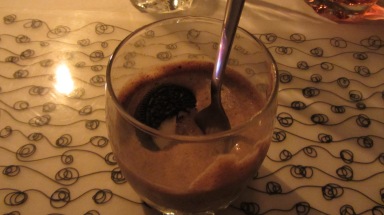 Of course my husband, who loves presentation, did some quick decorating and rearranging of the furniture to replicate the ballroom look from the movie: 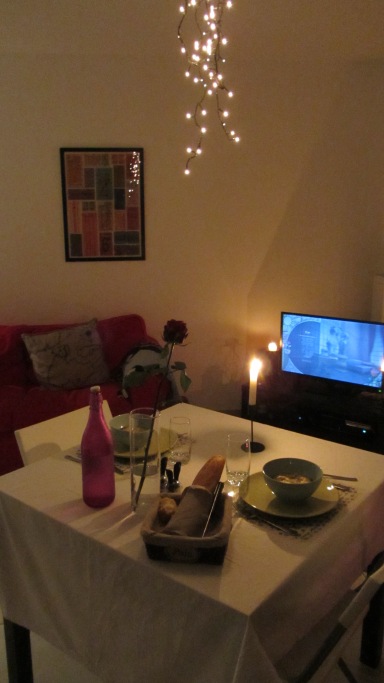 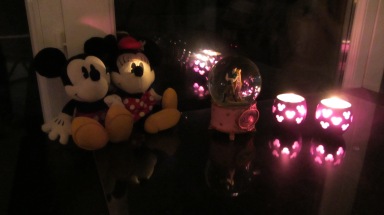 And he even brought me home a single rose to complete the theme :)

Having themed dinner and movie nights is something I want to do with our children one day, so this also served as a test run for that (a very, very, very early test run). I got inspired after finding this post from a super-cool mom who hosted Disney movie nights for her kids.

The next movie on our Disney marathon list is Aladdin! Maybe we’ll turn that into another themed dinner night ;) Mmm… For now, let me leave you with my favorite B&B meme ever: 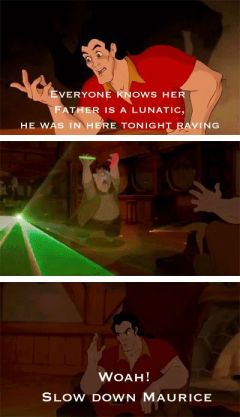 Hahahaha, I seriously never get tired of this one.