On Saturday night we went to Lyon to see Hillsong Paris in concert. It was an incredible experience and a much-needed worship night. We had originally planned on going to the city in the early afternoon since I have never visited Lyon before, but for various reasons we didn’t get there until about an hour and a half before the concert started. But we did visit La Part-Dieu, one of the biggest malls in France (and it was pretty big even by American standards). Lyon is the second biggest city in France, and on a rainy Saturday night EVERYONE was in that mall. We had just enough time to grab some “early” dinner (6pm is early here) and check out a few stores like the Apple and Disney stores.

The concert was in a smallish building but the Hillsong Lyon/Paris crew/members/team were all so welcoming! They had greeters at the entry and they offered free water, coffee, and tea.

Everyone entering into the worship area.

The church that was hosting the concert underestimated the amount of people who would come (by over 150!), so it was pretty crowded in the room, but I should say refreshingly crowded. I haven’t been to a concert in nearly two years, and it was an incredible experience to worship with a bunch of strangers all packed together in one room. 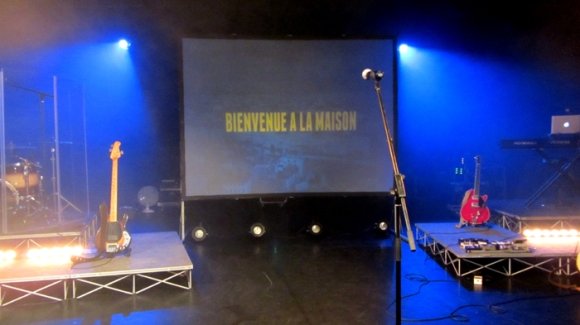 “Welcome home” We were RIGHT at the front! 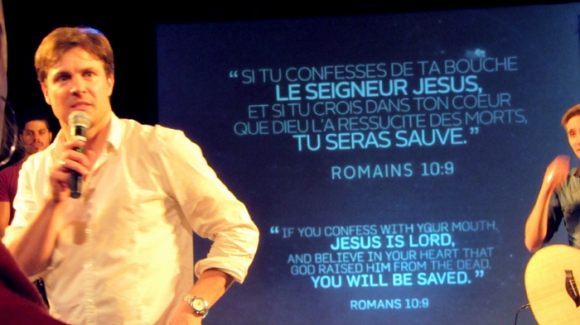 Pastor Brandon White (he from Australia or New Zealand…couldn’t figure out which).

But the BEST part of the night was probably the last three songs where I just let it all go. Everyone in the room was all sweaty–because you know…no AC in France–but we didn’t care! We were all jumping and I know I stepped on the toes of the person behind me at least 10 times because I have no balance. I kept thinking about the last SALT conference I went to (SALT is an annual conference for college students organized by Chi Alpha Christian Fellowship) when Kurt Harlow encouraged us to let it all go while we were worshiping. I don’t remember the exact words he said, but he told us you know when you’re really worshiping when you don’t care how bad you sound; that was definitely me Saturday night.

But in all sincerity, it was a very moving experience. This year has been a hard one for me, especially with worship because most of the time it’s in French, and even if I understand what is being sung, it doesn’t have the same meaning to me because it’s not in my native language. The Hillsong concert was in French, but I knew most of the songs and felt free to worship in English without disturbing others.

Overall I was very blessed to be able to go to the concert. They said they would most likely be back sometime in the beginning of next year and I really hope so! And next time I go to Lyon I will most definitely be stopping by the Starbucks! 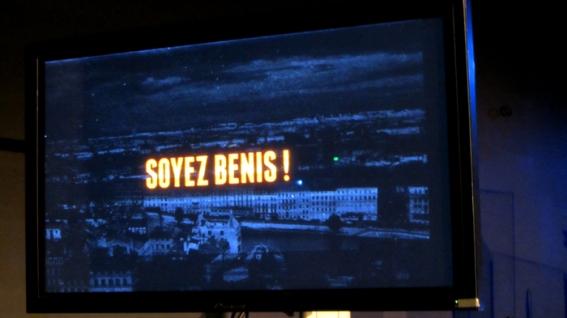