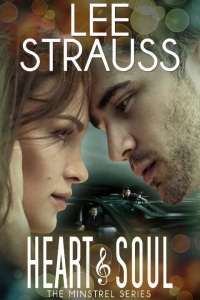 One of my favorite indie authors is Elle Strauss, who typically writes Young Adult science fiction romances. My favorite novel of hers is Clockwise, a story about a high schooler who frequently and unintentionally time travels to the Civil War era. But Elle Strauss also writes adult fiction under the pen name Lee Strauss.

Lee Strauss’s most recent series, The Minstrel Series, is a clean romance series that focuses on the lives of aspiring singer-songwriters. There are currently three novels in the Minstrel Series. The first two, Sun & Moon and Flesh & Bone, take place in Dresden, Germany and follow the lives of German twenty-somethings whose paths intertwine. 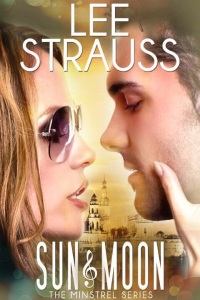 Sun & Moon: She has a past. He has a secret.
Katja’s a risk-taking singer-songwriter hoping to make it in the indie music scene in Dresden, Germany. Micah’s a brooding uptown banker on a quest.
There’s an undeniable attraction between them, a gravitational pull they both struggle to resist. Katja knows she mustn’t fall in love with this handsome enigma. There’s something dark lurking beneath the surface. He could be dangerous.
And even if her life isn’t on the line, her heart most definitely is. 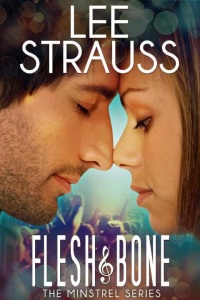 Flesh & Bone: She can’t remember. He can’t forget.
Eva Baumann is invisible. Sebastian Weiss is famous. In a perfect world Eva would be fearless and Sebastian would be guiltless.
It’s not a perfect world.
Singer-songwriter Eva Baumann has a celebrity crush on Sebastian Weiss. He’s perfect to love because there is no way they could ever be a thing. She’s a nobody. He’s a heart-throb. Hiding an infatuation is easy for her because, since her accident, hiding is what she does best.
Sebastian Weiss’s band climbed the charts, seemingly overnight, and he’s finally living the dream. All he has to do is write enough songs to produce a second album. The bad news is he hasn’t written a song in over a year…
But then Sebastian stumbles into the Blue Note Pub in time to hear Eva Baumann perform a hauntingly beautiful song. Could this girl be the answer to defeating his writer’s block?
Eva and Sebastian begin a complicated writing relationship that leads to more. But Sebastian has a secret that will devastate them both.

Flesh & Bone has been my favorite installment so far in this series. I had a hard time putting it down! I loved the characters and the story line was very moving. I loved the way it dealt with forgiveness and redemption, and I also really enjoyed how the main characters grew and changed during the novel.

The third Minstrel novel, Heart & Soul was released yesterday, and I volunteered to receive a free copy in exchange for a review. Heart & Soul is a spin-off of Flesh & Bone and it follows the life of the main character’s sister, Gabriele. That being said, I felt that this novel could stand-alone (but definitely read Flesh & Bone, either before or after!).

Heart & Soul: She’s heartbroken. He’s heartless.
Gabriele Baumann-Smith is deliriously in love with her young husband Lennon. Except, it turns out that Lennon Smith isn’t his real name. In fact, he’s full of secrets: a cottage on the southern British coast, an old girlfriend and…an identical twin brother.
Callum Jones—not his real name—can’t believe his brother’s widow came to England. He’d warned Mick—Lennon—that an inheritance could put the girl’s life in danger, and he was right.
“Mrs. Smith” is the last thing Callum needs to worry about right now. She’s beautiful, sure, takes his breath away at times. But when she looks at him, who does she see?
Gabriele’s heart is battered and bruised. Can one brother fix what the other left behind? And will they live long enough to find out?

This novel was much more suspenseful than the previous two, which I enjoyed because it changed things up a bit. Heart & Soul, like its predecessors, has lots of descriptive imagery. The first two novels take place in Germany, and you can easily imagine the European architecture and city-life. Heart & Soul is set in England, in a small seaside village where everyone knows everyone else. The minstrel/singer-songwriter motif isn’t so much in the spotlight, but there are still a few songs included. Now normally I don’t enjoy reading through song lyrics in a novel, but this series has been different for me; I really like the lyrics and I even take my time reading through them :)

If you are looking for heartwarming novels to read this summer, I recommend you grab one of the Minstrel Series installments to take with you to the beach or the pool! And I’ll even make it easy on you by offering a giveaway of the entire series! The giveaway also includes the original mp3s that go along with the series, as well as a $25 Amazon gift card. (Scroll to the bottom for the link to the Rafflecopter giveaway)
– – – – – – – – – – – – – – – – – – 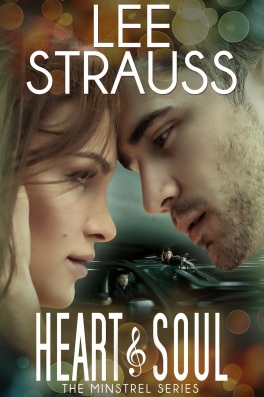 Heart & Soul is the third book in The Minstrel Series

(This is a connected book series – while each book can stand alone, they are best enjoyed in sequence.)

ROMANCE. SUSPENSE. MUSIC. DANGER. HOT BRITISH GUY
She’s heartbroken. He’s heartless.
Gabriele Baumann-Smith is deliriously in love with her young husband Lennon.
Except, it turns out that Lennon Smith isn’t his real name. In fact, he’s full of secrets: a cottage on the southern British coast, an old girlfriend and… an identical twin brother.
Callum Jones—not his real name—can’t believe his brother’s widow came to England. He’d warned Mick—Lennon—that an inheritance could put the girl’s life in danger, and he was right.
“Mrs. Smith” is the last thing Callum needs to worry about right now. She’s beautiful, sure, takes his breath away at times. But when she looks at him, who does she see?
Gabriele’s heart is battered and bruised. Can one brother fix what the other left behind? And will they live long enough to find out?

“…this took a turn for the spy/thriller genre, which surprised me, but still carried the strong romantic flavor and wonderful accompanying music, like the first two books. I think this is a great series and would recommend it to contemporary romance fans.” Denise Jaden, author of Foreign Exchange
“Another great book by Lee! This one had action, wit and a forbidden love! Love the characters and their interaction with each other! Can’t wait to see what she has in store for us next!” Tressa Sager, Amazon reviewer
“I don’t want to give away what the danger is, but suffice it to say, it’s a real and plausible threat. Gabrielle is a good leading lady. She doesn’t back down from anything or anyone in this book, but she’s still vulnerable, making her well-rounded and likable.” J Harrell, Amazon reviewer
AMAZON | Barnes & Noble | Kobo | itunes | Google Play
Heart & Soul in Print
Createspace
The Music fromThe Minstrel Series Volume 3 Heart & Soul

Lee Strauss’ thoughts on The Minstrel Series and Heart & Soul:
“My musician husband and I just randomly started talking about the idea of working on a project together – wouldn’t it be great if we could collaborate and merge our two artistic worlds? Writing and Music? That was the seed that started the muse talking, and soon afterward The Minstrel Series was born!
For Heart & Soul, I knew I wanted to move the series from Germany to England (next to Ireland and Boston!) and that I needed a small coastal town not far from London. I used Google Earth to examine the British coastline to search for the perfect town and found it in Emsworth. Living in Germany part-time has its advantages and one of them is its proximity to England. My husband and I did a quick five day research trip. (It also came in handy for the next book, a Christmas novella set in London – stay tuned!)
Because of the musical aspect of this series, I’m always on the prowl for songs and singers. My connection to the singer-songwriter world via my musical husband has been a big advantage. My husband’s musical genes have also been down to our kids, so it’s exciting to involve my daughter Tasia in the project to be the singing voice of Gabriele.”
Click HERE to read the first chapter of Heart & Soul.
**One of the entry options will ask a question from the above chapter.
About The Minstrel Series:
The Minstrel Series is a collection of contemporary romance novels set in the singer/songwriter world. The books are companion novels, with shared settings and characters, but each is a complete stand-alone story with a HEA (happily ever after) and no cliffhangers!
The books include MP3 links to original music by talented Indie Artists, so you can hear the characters sing!
#1     Sun & Moon
#2     Flesh & Bone
#3     Heart & Soul

It also has its own FACEBOOK (link) page and its own BANDCAMP (link) page where you can listen to the original music associated with the books. Albums are also available on AMAZON. 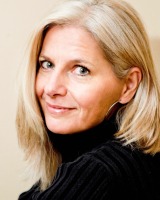 Lee Strauss is the author of The Minstrel Series (contemporary romance), The Perception Series (young adult dystopian) and young adult historical fiction. She is the married mother of four grown children, three boys and a girl, and divides her time between British Columbia, Canada and Dresden, Germany. When she’s not writing or reading she likes to cycle, hike and do yoga. She enjoys traveling (but not jet lag >:0), soy lattes, red wine and dark chocolate.