This week I’m talking about one of my least familiar book genres: nonfiction. I have only read maybe a handful of nonfiction, autobiography, memoir, or humor novels, and I don’t know what to say about that except I’m just not drawn to them naturally.

So to challenge myself a bit, I’ve compiled this list of ten nonfiction novels I’d like to read. And please, give me some good recommendations of nonfiction books to read for people who aren’t huge fans of nonfiction!

As You Wish by Cary Elwes

From actor Cary Elwes, who played the iconic role of Westley in The Princess Bride, comes a first-person account and behind-the-scenes look at the making of the cult classic film filled with never-before-told stories, exclusive photographs, and interviews with costars. 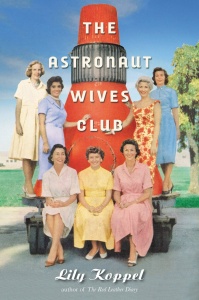 As America’s Mercury Seven astronauts were launched on death-defying missions, television cameras focused on the brave smiles of their young wives. Overnight, these women were transformed from military spouses into American royalty.

Before Liz Lemon, before “Weekend Update,” before “Sarah Palin,” Tina Fey was just a young girl with a dream: a recurring stress dream that she was being chased through a local airport by her middle-school gym teacher. She also had a dream that one day she would be a comedian on TV.

She has seen both these dreams come true.

What If?: Serious Scientific Answers to Absurd Hypothetical Questions by Randall Munroe

Randall Munroe left NASA in 2005 to start up his hugely popular site XKCD ‘a web comic of romance, sarcasm, math and language’ which offers a witty take on the world of science and geeks. It’s had over a billion page hits to date. A year ago Munroe set up a new section – What If – where he tackles a series of impossible questions: If your cells suddenly lost the power to divide, how long would you survive? How dangerous is it, really, in a pool in a thunderstorm? His answers are witty and memorable and studded with hilarious cartoons and infographics. Far more than a book for geeks, WHAT IF explains the laws of science in operation in a way that every intelligent reader will enjoy and feel the smarter for having read.

Choose Your Own Autobiography by Neil Patrick Harris

Tired of memoirs that only tell you what really happened?

Sick of deeply personal accounts written in the first person? Seeking an exciting, interactive read that puts the “u” back in “aUtobiography”? Then look no further than Neil Patrick Harris: Choose Your Own Autobiography! In this revolutionary, Joycean experiment in light celebrity narrative, actor/personality/carbon-based life-form Neil Patrick Harris lets you, the reader, live his life. Choose correctly and you’ll find fame, fortune, and true love. Choose incorrectly and you’ll find misery, heartbreak, and a hideous death by piranhas. All this, plus magic tricks, cocktail recipes, embarrassing pictures from your time as a child actor, and even a closing song.

One More Thing by B.J. Novak

B.J. Novak’s One More Thing: Stories and Other Stories is an endlessly entertaining, surprisingly sensitive, and startlingly original debut collection that signals the arrival of a welcome new voice in American fiction. Finding inspiration in questions from the nature of perfection to the icing on carrot cake, from the deeply familiar to the intoxicatingly imaginative,One More Thing finds its heart in the most human of phenomena: love, fear, family, ambition, and the inner stirring for the one elusive element that might make a person complete. The stories in this collection are like nothing else, but they have one thing in common: they share the playful humor, deep heart, inquisitive mind, and altogether electrifying spirit of a writer with a fierce devotion to the entertainment of the reader.

“What are my qualifications to write this book? None really. So why should you read it? Here’s why: I’m a little fat. If a thin guy were to write about a love of food and eating I’d highly recommend that you do not read his book.”

Bacon. McDonalds. Cinnabon. Hot Pockets. Kale. Stand-up comedian and author Jim Gaffigan has made his career rhapsodizing over the most treasured dishes of the American diet (“choking on bacon is like getting murdered by your lover”) and decrying the worst offenders (“kale is the early morning of foods”).

The Boys in the Boat by Daniel James Brown

Daniel James Brown’s robust book tells the story of the University of Washington’s 1936 eight-oar crew and their epic quest for an Olympic gold medal, a team that transformed the sport and grabbed the attention of millions of Americans. The sons of loggers, shipyard workers, and farmers, the boys defeated elite rivals first from eastern and British universities and finally the German crew rowing for Adolf Hitler in the Olympic games in Berlin, 1936. Drawing on the boys’ own diaries and journals, their photos and memories of a once-in-a-lifetime shared dream, The Boys in the Boat is an irresistible story about beating the odds and finding hope in the most desperate of times—the improbable, intimate story of nine working-class boys from the American west who, in the depths of the Great Depression, showed the world what true grit really meant.

Bonus: Documentaries I Want to Watch

In the Shadow of the Moon

David Sington and Christopher Riley’s acclaimed documentary reveals the history of the Apollo space program through interviews with the brave astronauts who lived through a paradigm-shifting chapter in world history. Devoted to President John F. Kennedy’s goal of sending a man to the moon, the NASA project pushed the envelope of what was humanly possible. But the program also experienced several failures, one of which resulted in tragedy. 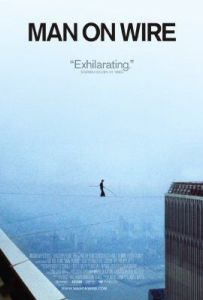 Philippe Petit captured the world’s attention in 1974 when he walked across a high wire between New York’s Twin Towers. This Oscar winner for Best Documentary explores the preparations that went into the stunt as well as the event and its aftermath.